5 Advanced Audemar Piguet Watches You Should Own This 2021

You can dress to impress with an elegant timepiece, but first, you must determine who you are trying to impress. Audemars Piguet is regarded as one of the “Holy Trinity of watchmaking” or the “big three,” as many refer to it. It is regarded as a great brand in the watchmaking society, but because of its exclusivity, the average layperson will be unaware that this watch is superior to others. Audemars Piguet pays a close eye to every detail of the movement and meticulously finishes it.

Donning an AP denotes a true watch aficionado who can also talk the talk. In the world of craftsmanship, most people who aren’t into horology have never heard of Audemars Piguet. Here are some amazing AP timepieces to consider adding to your collection this year.

With the Royal Oak “Jumbo” Extra-Thin, Audemars Piguet joins the green dial hype train, replacing the quintessential Tapisserie dial with a stunning smoked green sunburst dial. The 39mm wristwatch is encased in a full 950 platinum case, making it the first in the world to do so, but it likes to keep its leverage in check by being only 8.1mm thick. The self-winding Manufacture Calibre 2121, which controls the hours, minutes, and date, is matched with this trendier version of the Royal Oak to create an incredibly stylish and graceful take on the classic.

Audemars Piguet also revealed the outdoorsy 41mm wristwatch in a universally eye-catching 18-carat pink gold for those who want flash but don’t want to go overboard. If Calibre 4401 looks familiar, it’s because it was first featured in the Code 11.59 set in 2019. This is the first time an integrated chronograph has been used in a Royal Oak, and it features a flyback function that allows the chronograph to be restarted without first stopping or resetting it. Each of the counter hands is also reset to zero instantly thanks to a patented zero resetting mechanism. This movement is also visible through a sapphire caseback for the first time.

The hour counter and minute counter positions have been altered for a better user experience on both the brown and blue-dialed versions. The 18-carat pink gold bracelet can be replaced with a color-coordinated alligator strap to instantly transform this chronograph from fashionable to athletic.

If you want to take your green game to the next level, the Royal Oak Selfwinding Chronograph is now available in a new colorway: A green Grande Tapisserie dial is set in an 18-carat yellow gold case. This watch is driven by the selfwinding Manufacturer Calibre 2385, which controls the hours, minutes, small seconds, and date in addition to the chronograph component. 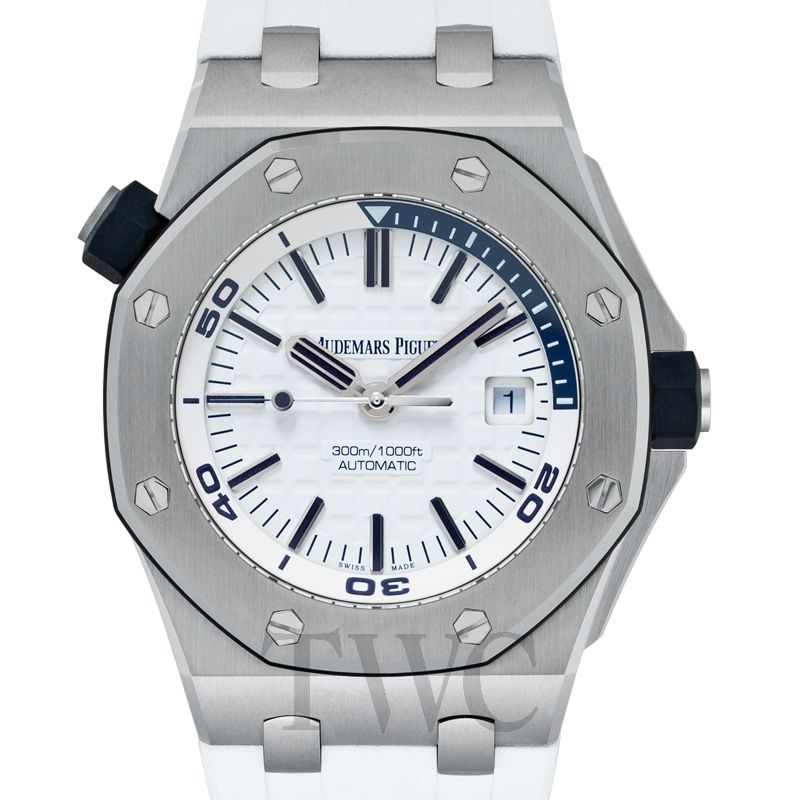 Along with the three snailed counters, the desirable 41mm watch tauntingly displays the “Audemars Piguet” title in 24-carat gold on the dial, and the “Limited Edition” etching on the solid caseback. This wristwatch is limited to only 125 pieces.

Audemars Piguet has three new diamond-set editions of the Royal Oak “Jumbo” Extra Thin for those who like their Royal Oak flashy. These iced-out versions are available in either 18k white gold or pink gold, but the bezel and bracelet are encrusted with 1,102 diamonds.

The dials of these 39 mm watch come with a Petite Tapisserie dial — either black or light blue— and co-ordinated lumed Royal Oak hands, regardless of the material. A glare-proof sapphire caseback reveals the Calibre 2121, which features a hand-finished 22-carat gold oscillating weight with satin-brushed details and Clous de Paris that stole the spotlight.

The Millenary 4101 watch, with exception of Royal Oak models having an octagonal bezel, has an ellipsoidal beautifully crafted bezel on its stainless steel case. The current watches all have a noticeable balance wheel and an off-centered dial. It also comes with a black dial with Roman numerals and rose gold hands.

The VII and VIII markers are also adorned with a black second dial. This watch has a durable sapphire crystal to ensure an incredible ultra-luxurious encounter for its user. Meanwhile, the Geneva Stripes finish includes not only the visible glories of the caliber 4101 placed, but also perlage on the movement’s back.

Audemars Piguet watches are not the typical luxury timepiece. This is a more highly-regarded and exclusive brand. It’s the type of watch that the user can love wearing without having to worry about strangers recognizing him. The real thrill comes from socializing with watch aficionados and witnessing a watch enthusiast geek out over the timepiece. An AP’s workmanship is also a distinct type of grade. In addition, Audemars Piguet has more bells and whistles, such as complicated finishing processes, and they are not mass-produced making them more special.

If you enjoy complications, such as those found in a high-end mechanical watch, Audemars Piguet is a great choice. We’re talking about perpetual calendars, tourbillons, retrograde, minute repeaters, moon phases, dual time zones/GMTs,  chronographs, and other mechanical features that do more than tell the time. Audemars Piguet has been creating magic with its movements for much longer and has many more tricks up its sleeve.